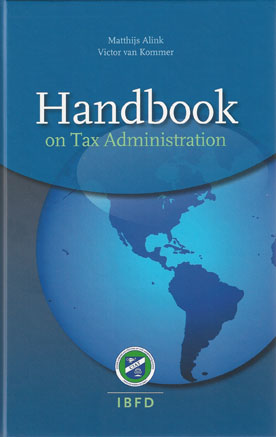 Voluntary compliance is the most effective and efficient way of collecting taxes. But not all taxpayers comply voluntary with their tax obligations. Many countries contend with heavy non-compliance behaviour of large groups of taxpayers; workloads of enforcement activities can be very high; considerable arrears can arise and the enforcement cannot be fulfilled in a proper way. In these situations, tax amnesty programmes can be a temporary solution. The basic concept of tax amnesties is to relieve taxpayers from tax obligations from the past in exchange for better behaviour and compliance in the future. Relief can be given from taxes as well as from interest and penalties. Relief can also be limited to penalties only. This will be done by Tax Administrations to encourage taxpayers to file and pay their back taxes.

Tax amnesties have been used in Latin America, Europe and other regions as well. Amnesties can cover all tax evaders, all periods and all elements of tax base, but they can also be limited to specific taxpayers or tax base groups.

Tax amnesties can be used in different stages of the enforcement process (e.g. filing, record-keeping, assessment, examination, investigation and prosecution).

Tax amnesties are generally seen as an expression of weak enforcement capacity of the Tax Administration. Serious arguments for the use of a tax amnesty are the presence of large workload arrears or the introduction of a major tax reform. A frequent use of this instrument will create a situation where taxpayers will be anticipating amnesties, which can lead to negative compliance and revenue effects.

In general, the effect on compliance and revenue is unsure and dependent on many factors. Nevertheless, we would not recommend the use of this instrument. In the long run, the negative compliance and revenue effects and equity costs will probably exceed the short-term gains. Misuse of this instrument for political reasons should be prevented. For that reason, there must always be a legal basis for tax amnesty programmes.

Tax amnesty and voluntary disclosure programmes can be used by Tax Administrations to encourage people to file and pay their back taxes. The taxpayer must disclose and pay the entire amount of taxes due (plus interest) by a certain deadline. The taxpayer can (and should) also be asked to sign an agreement to pay and file the taxes on time in future.

General tax amnesty and voluntary disclosure programmes can be offered on an ongoing basis without a deadline. Specific tax amnesty programmes targeted at specific sources of income or other specific taxable subjects will be more effective if the taxpayer has the obligation to disclose the amount of taxes due by a clear deadline.

Belgium has undertaken a series of tax amnesties; for instance, it introduced a one-time tax amnesty on funds repatriated in 2004 subject to a reduced rate if they met certain conditions. This measure was succesfull in terms of revenue collected and, based on that experience, a permanent procedure was introduced in 2006 concerning individuals and legal entities that can report previously undeclared income. The reported income is taxed at the normal tax rate but subject to no penalty or a limited penalty in some cases.

This site uses Akismet to reduce spam. Learn how your comment data is processed.